Tradition and quality since 1951

A tour for our history
Get to know the story of Etelvino Picolo and Yerba Mate and Tea Barão.
1951
Beginning of Yerba mate production and sale 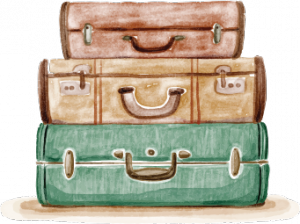 In 1951, Etelvino Picolo and his wife Ilma Picolo settled in Volta Grande town. In 1952, they created the Etelvino Picolo Company, initiating the production and sale of chopped up and smashed handcrafted Yerba mate. With the growth in sales, Yerba mate, already present in the mate of many people of Volta Grande, Erechim and Region, is baptized as Picolo brand, eternalizing the Family last name.
1953
Headquarters location In 1953 the industry was installed at the road to Jacutinga, where it remained for 17 years. With emancipation in 1964, Volta Grande became known as Barão de Cotegipe. Six years later, in 1970, the industry was transferred to Rua Barão do Rio Branco, now called Rua Ilma Picolo, in honor of Mr. Etelvino’s wife. The address has remained the same ever since.
1976
The first step towards the Gaucho Mate modernization 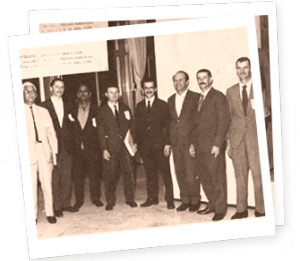 Mr. Etelvino acted in politics. He was city councilor, Barão de Cotegipe vice-mayor, and in 1976, he applied to the town’s city hall. He lost the elections but did not get discouraged, nor gave up contributing to the community development and leaving his mark in the town and state history. He sought innovations in technology and machinery, establishing a successful partnership with Mr. Roberto Grim, from Grim S/A company, in Ijuí.
1979
A great partnership is consolidated After years of tests, the partnership paid off, Mr. Picolo and Grim S/A developed the Rotatory Dryer, enabling the yerba mate production in large-scale, without affecting the already recognized quality. In the same year, the Yerba Mate seedlings planting began in order to standardize the raw material, which eventually expanded the sector in Alto Uruguai Region and Rio Grande do Sul.
1980
A milestone to Gaucho Mate 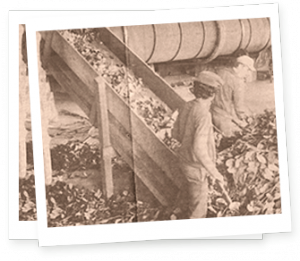 This year, Barão imported the most advanced technology of the time to siege and dry Yerba mate, a pioneer process in Brazil. However, Mr. Etelvino, showing great vision, continued innovating to give more flavor to mate: he refined the production process and left Yerba mate in its original color - green. The change transformed gauchos’ mate forever.
1983
Launching of Barão de Cotegipe Brand 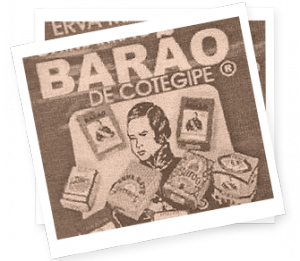 In 1983, Mr. Etelvino launches Barão de Cotegipe brand. The new brand becomes an immediate success, expanding to countless cities in the state of Rio Grande do Sul, with its traditional Yerba mate, in orange packaging, designed to distinguish Barão Yerba Mate from its competitors and highlight its higher quality.
1985
New drying conveyor belt 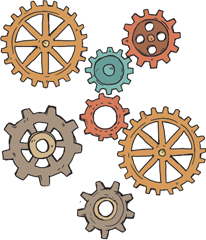 Development of the drying conveyor belt, innovation that allowed increasing Barão Yerba Mate flavor and quality, taking the brand to a new level.
1987
A farewell to a loved one 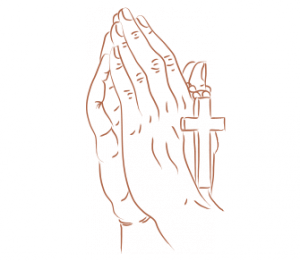 The passing away of Mrs. Ilma Picolo, who will always be remembered for her accomplishments, care and dedication.
1990
Company Expansion Expansion of the first pavilions for the Yerba Mate production line, bringing together all Barão technology in one place.
1993
Launching of Native Yerba Mate In order to highlight the most original Yerba Mate flavor, Barão launches Native Yerba Mate in 1993. Coming from native trees, leaves are carefully trimmed so as not to interrupt the flowering, resulting in a product with enhanced flavor evidencing the gaucho tradition taste.
1996
Company Modernization

The modernization of Barão’s production system combines the practicality of industrial production with the quality of a handcrafted product, designed to honor gaucho traditions. The technology used in the drying process guarantees the purest and most pleasant Yerba Mate taste.
2002
The first Yerba Mate Export Aiming to take the habit of having mate and the gaucho traditions beyond national borders, Barão began to export Yerba Mate. The first export took place in 2002, being a landmark for the company.
2003
Beginning of production and marketing of the Tea line Keeping its tradition, quality and technology Barão expands its product line, adding the Barão Tea. Produced with dedication and quality, soon began to gain its space in the market and today, it is increasingly present in Rio Grande do Sul and Brazil homes.
2004
First Vacuum Packed Yerba Mate 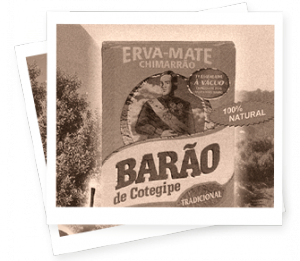 This year, for the launching of the Traditional Vacuum Yerba Mate, a high-tech packaging that helps to preserve the full flavor and scent of the product for much longer was developed in partnership with Universidade Regional Integrada (Integrated Regional University) - Erechim Campus.
2010
Organic Certification Achievement 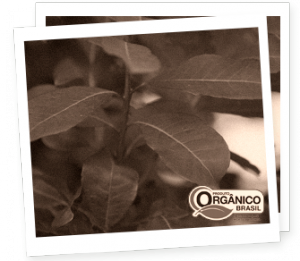 This year, Barão obtained the Organic Certification of its plantations, machinery and production lines by Certificadora Ecocert do Brasil (Brazil Ecocert Certifier). The Organic Label endorses the quality and offers guarantee of origin for those who seek to consume a safe product, produced with socio-environmental responsibility.
2013
Tea Factory Expansion 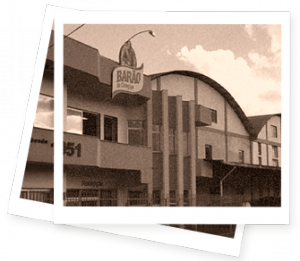 Seeking to open new markets, in 2013, Barão decided to expand its production capacity through investments in technology in the Barão Tea production line and the construction of a new pavilion.
2014
Quality Process Modernizatio 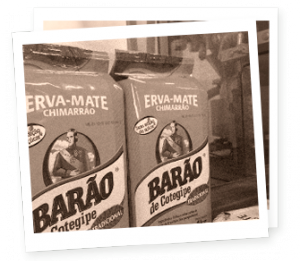 The arrival of new machinery coming from Spain allows the complete automation of Yerba Mate production and packaging processes, eliminating the possibility of product contamination. This comes to a great differential in terms of quality standards.
2016
Espresso Tea Creation 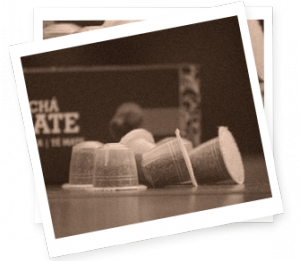 We support educational, cultural and sports projects and initiatives. In events and “mateadas”, instead of simply donate yerba mate and hot water, we charge the participants a symbolic value and donate the money to charity. We also sponsor the rodeo team of several CTGs and are member of Traditional Gaucho Movement (MTG).

We promote reforestation in our properties in order to accelerate the process of afforestation in areas where there is no more vegetation. Reforestation is also a feature we use to create environments with less sunshine to the herbal plants and tree barriers to protect certain crops from the action of strong winds.

We use advanced technology in the drying process, where the leaves are dried with warm air in mild temperatures. The Yerba Mate is not exposed to smoke. This way, it is free of polycyclic aromatic hydrocarbons, which promotes a considerable improvement in the conservation capacity of its benefits and quality.

We work so that our mate has the highest quality standard and in order to accomplish that, we constantly invest in innovation and technology. The company’s Quality Control Policy is always searching for customer satisfaction, through continuous processes improvement, compliance with legislation and guarantee of food safety.

We work with a control system that accompanies the harvest herb until its processing and subsequent shipment of the product to the customer, ensuring quality in all stages. We are concerned with providing natural, high quality products that ensure the well-being of people and provide a healthy life to our consumers.

A survey developed by the EPA (Germany) compared Barão Yerba Mate samples to the competition ones, and found that among the analyzed brands, the count of soot residues and smoke derivatives from industrialization were found in a lower percentage in Barão Yerba Mate, indicating that our products meet the strictest sanitary surveillance systems in the world.

Founded in France in 1991, Ecocert is an international inspection and certification organism set up by agronomist engineers committed to the development of an agricultural model based on respect for the environment and capable of recognizing the producers engaged in the proposal. In a pioneer program in the field in the state, we obtained our certification with Ecocert.

Barão Organic Yerba Mate is a differentiated product from a certified herb, with specially selected seedlings grown without the use of agrochemicals, resulting in a 100% Organic Yerba Mate. The entire production process is conducted with the highest rigor in order to offer the consumer a high standard product, pure, free of contamination and, best of all, very healthy. 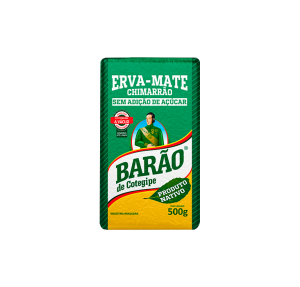 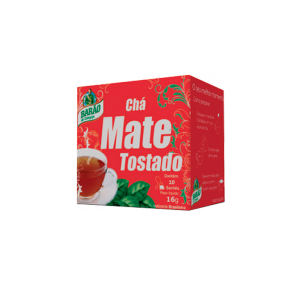 Barão Coarse Grinding Yerba Mate
For those who want a more full-bodied and rich in flavors yerba mate!
Learn more Barão Coarse Grinding Yerba Mate
For those who want a more full-bodied and rich in flavors yerba mate!
Learn more

You can find out more about which cookies we are using or switch them off in settings.

This website uses cookies so that we can provide you with the best user experience possible. Cookie information is stored in your browser and performs functions such as recognising you when you return to our website and helping our team to understand which sections of the website you find most interesting and useful.

Strictly Necessary Cookie should be enabled at all times so that we can save your preferences for cookie settings.

If you disable this cookie, we will not be able to save your preferences. This means that every time you visit this website you will need to enable or disable cookies again.

This website uses Google Analytics to collect anonymous information such as the number of visitors to the site, and the most popular pages.

Please enable Strictly Necessary Cookies first so that we can save your preferences!

Please enable Strictly Necessary Cookies first so that we can save your preferences!